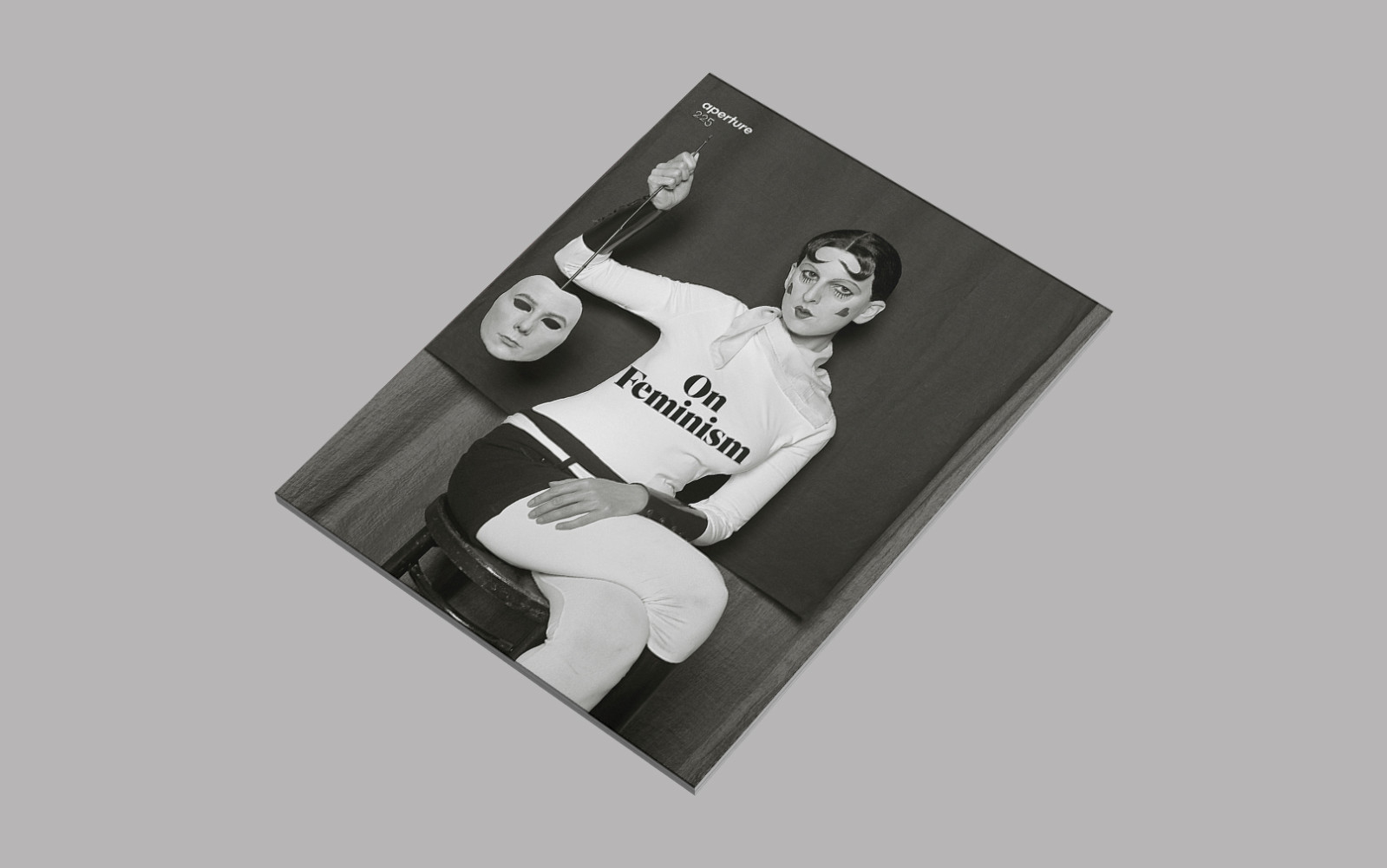 The winter issue of Aperture, “On Feminism,” arrives at a moment when the power and influence women hold on the world stage is irrefutable, and the very idea of gender is central to conversations about equality across the country, and around the globe. “On Feminism” focuses on intergenerational dialogues, debates, and strategies of feminism in photography and considers the immense contributions by artists whose work articulates or interrogates representations of women in media and society. Across more than one hundred years of photographs and images, “On Feminism” underscores how photography has shaped feminism as much as how feminism has shaped photography.

Modern Women: David Campany in Conversation with Marta Gili, Julie Jones, and Roxana Marcoci
The artists who redefined the course of twentieth-century photography

The Feminist Avant-Garde
In self-portraiture and body art, experimental pioneers of the 1970s
By Nancy Princenthal

A Taste of Power: Renée Cox in Conversation with Uri McMillan
From Angela Davis to Beyoncé, the icons and avatars of black style

On Defiance
How women have resisted representational photography
By Eva Respini

Beyond Binary
New visions of trans feminism
By Julia Bryan-Wilson

Our Bodies, Online
Feminist images in the age of Instagram
By Carmen Winant