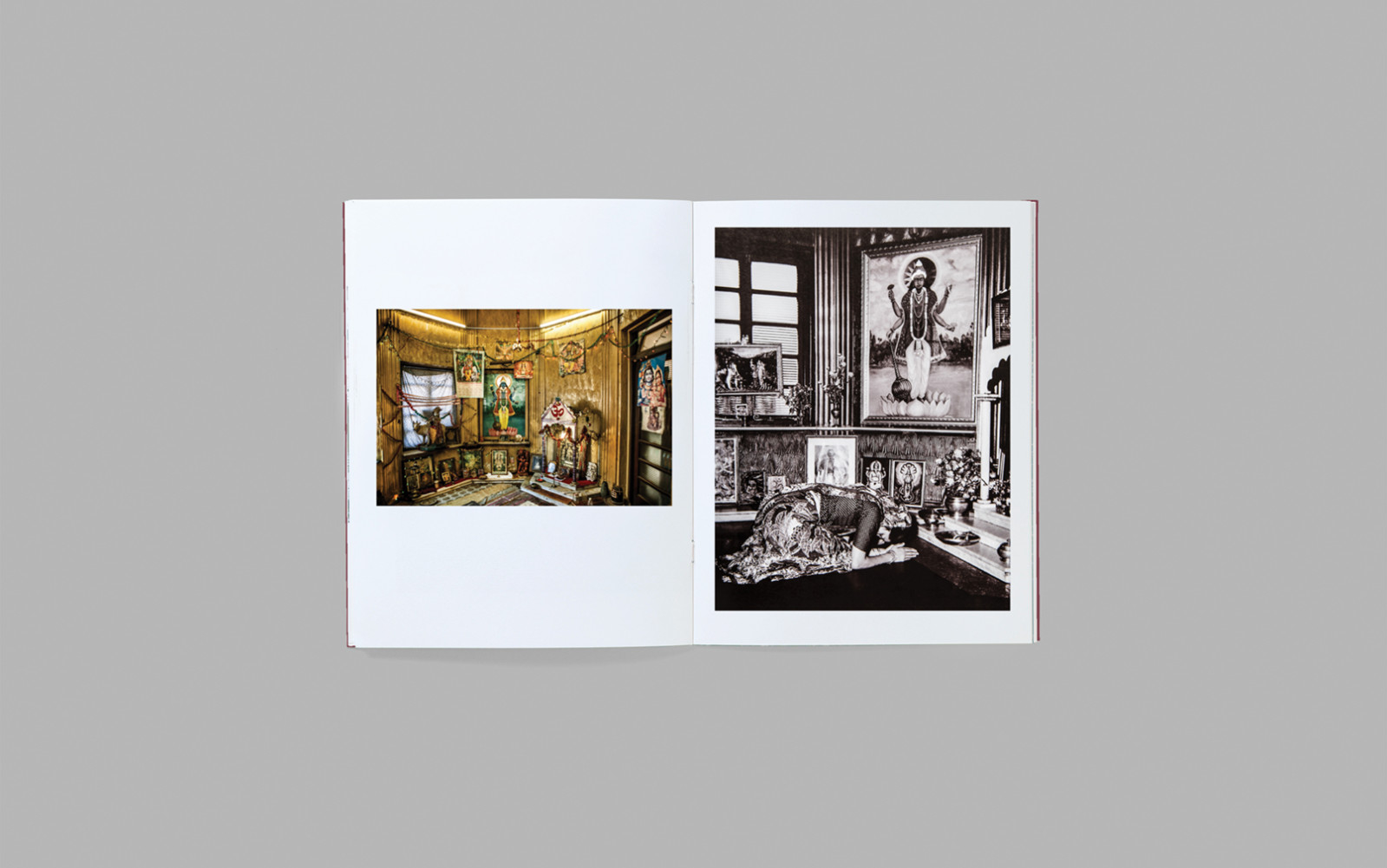 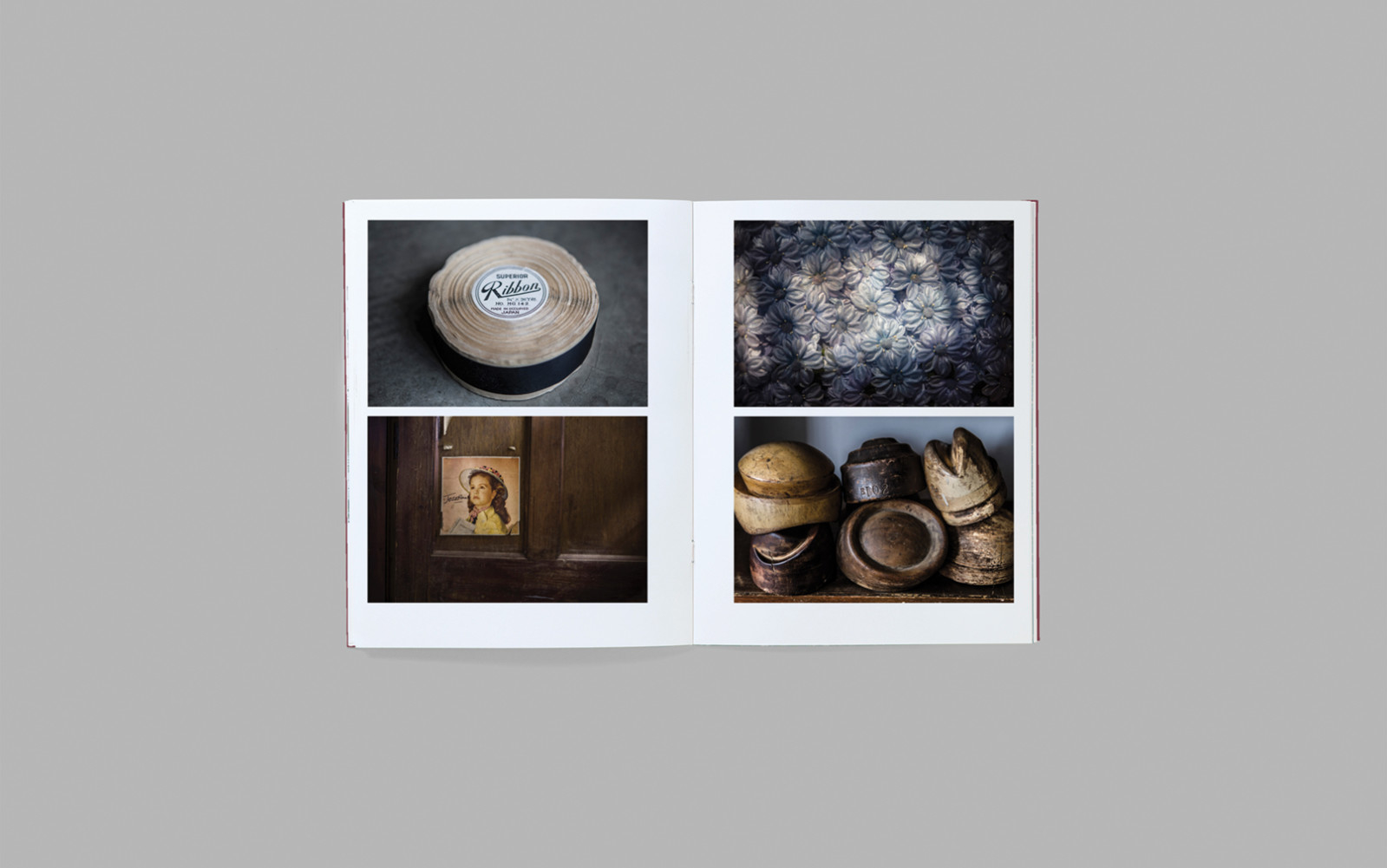 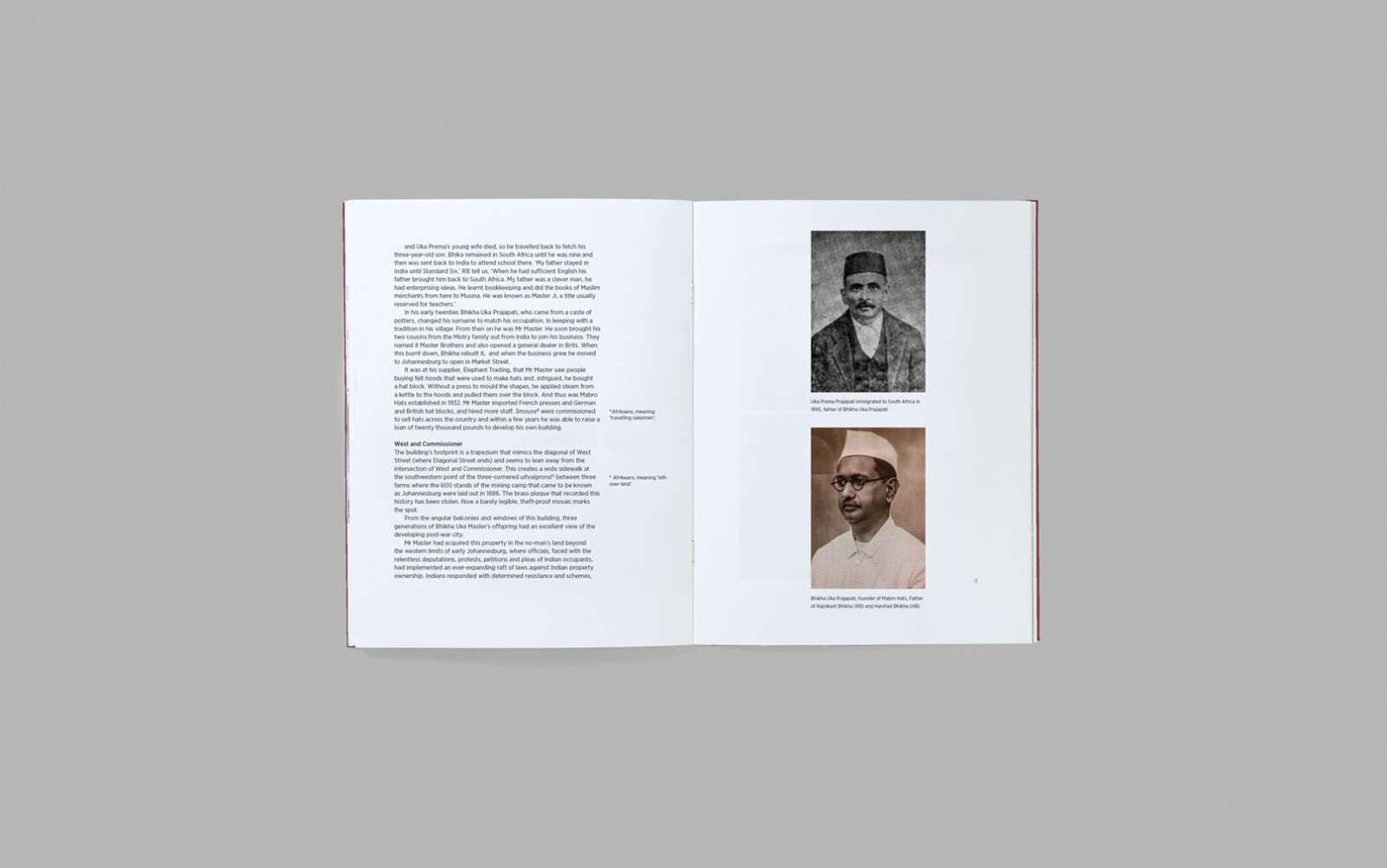 In the nineteen twenties, a man named Bhikha Uka Prajapati and his two cousins opened a general dealership called Master Brothers in the Transvaal town of Brits, north-west of Johannesburg. Having learned determination from his entrepreneurial immigrant father, Bhikha (who had given himself the name Mr Master) rebuilt the business after a fire and soon moved it to Market Street in Johannesburg when it outgrew its premises. In 1932, with no prior training in millinery, the cousins established Mabro Hats and hired smouse to sell their products across the country. So successful was this enterprise that within a few years Bhikha was able to take out a loan and buy a small parcel of land at the intersection of West and Commissioner Streets. Taking advantage of the 1936 Asiatic Land Tenure Act, he built a six-storey structure housing the hat factory family apartments, a lush roof garden and the first private Hindu temple in Johannesburg. In 1947, Bhikha added his dream apartment on the seventh floor.

In the eighth book of the popular series Wake Up, This is Joburg, photographer Mark Lewis and writer Tanya Zack take us on a magical tour of Master Mansions and its family temple, now shuttered but perfectly preserved. They learn the story of the hat factory from Bhikha Uka’s son Rajnikant Bhikha (aka RB), RB’s youngest son HB Master and HB’s son Manoj. HB and his children were the last to manage the hat factory and he tells of its success, perhaps no more tangibly demonstrated than in the famous hat made by Mabro milliner Jimmy Baloyi and worn by Winnie Mandela to the Presidential inauguration of Nelson Mandela.

The story of Master Mansions and Mabro Hats has all the elements of a good Johannesburg story—four generations of a family descended from a Gujarati immigrant, the preservation of family values and religious beliefs in a rapidly transforming society, tenacious entrepreneurship, and the realisation of a deep-seated longing for success and stability.