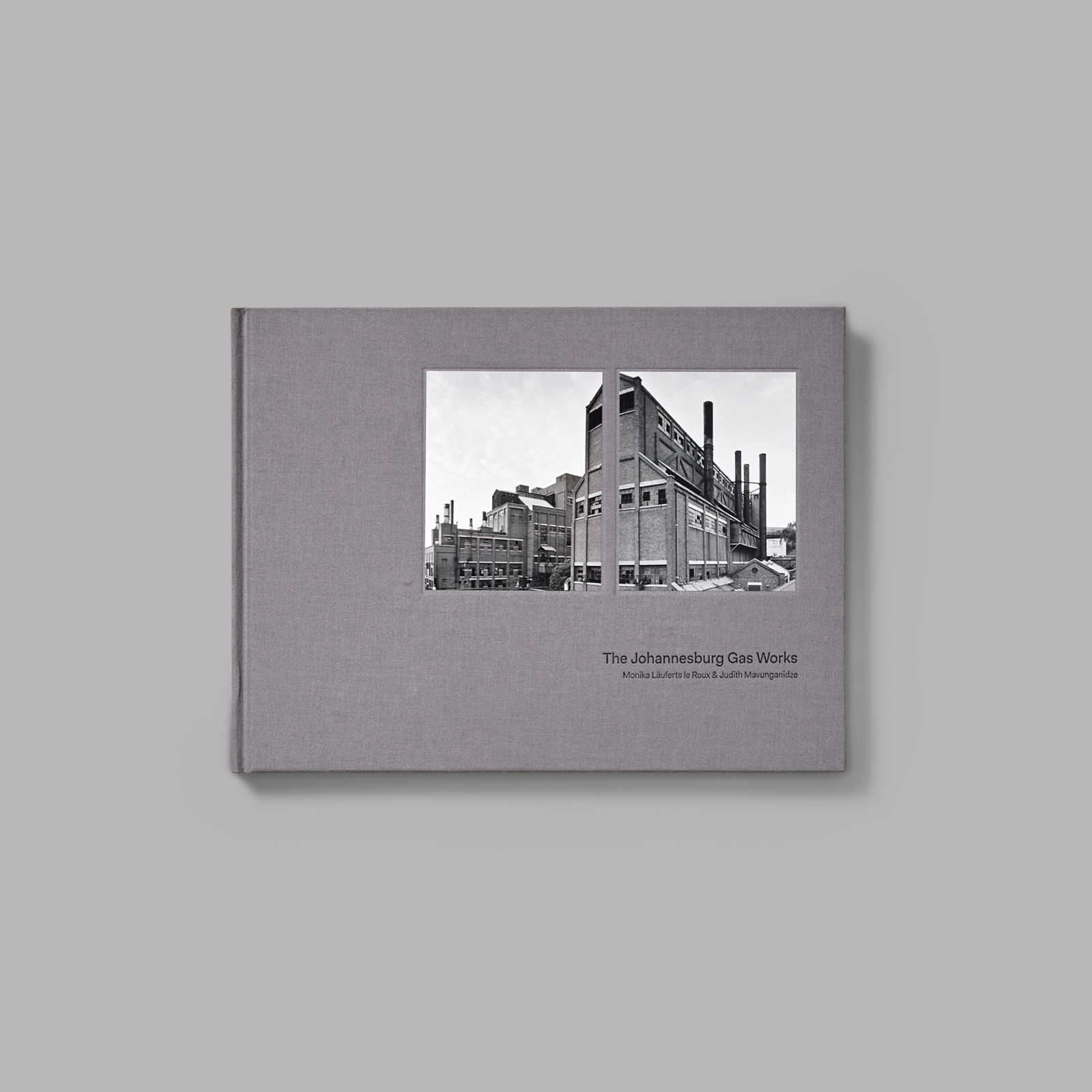 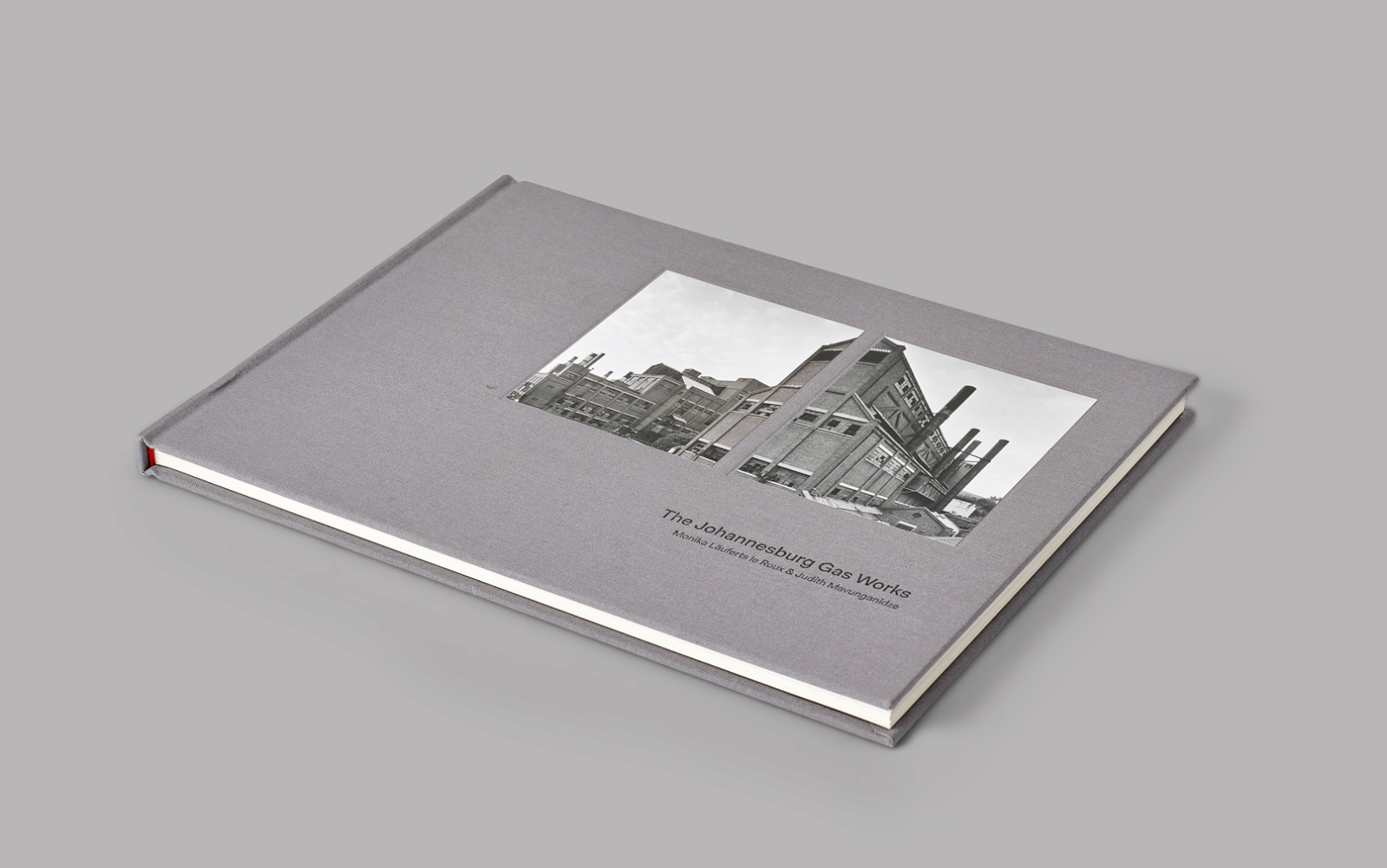 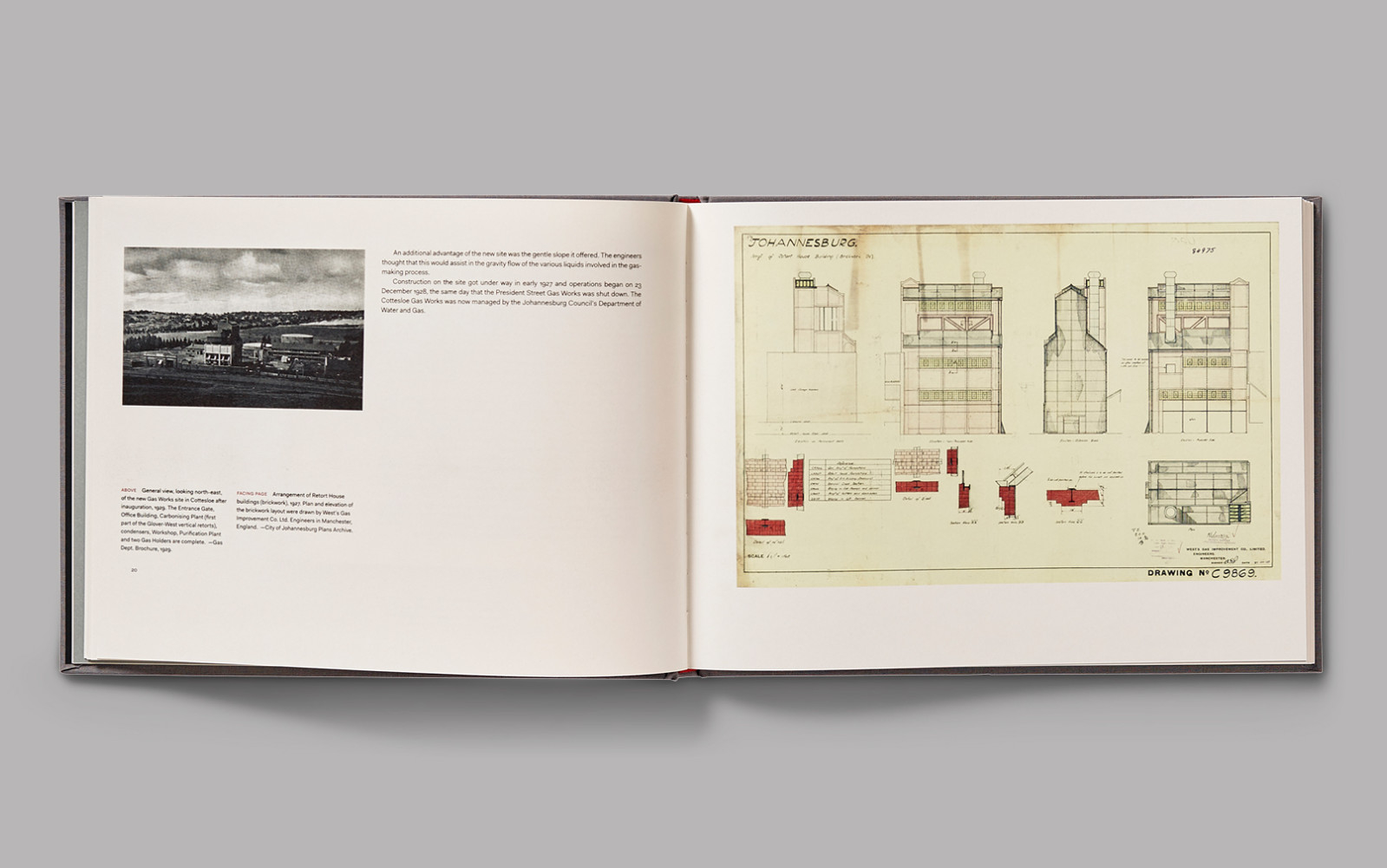 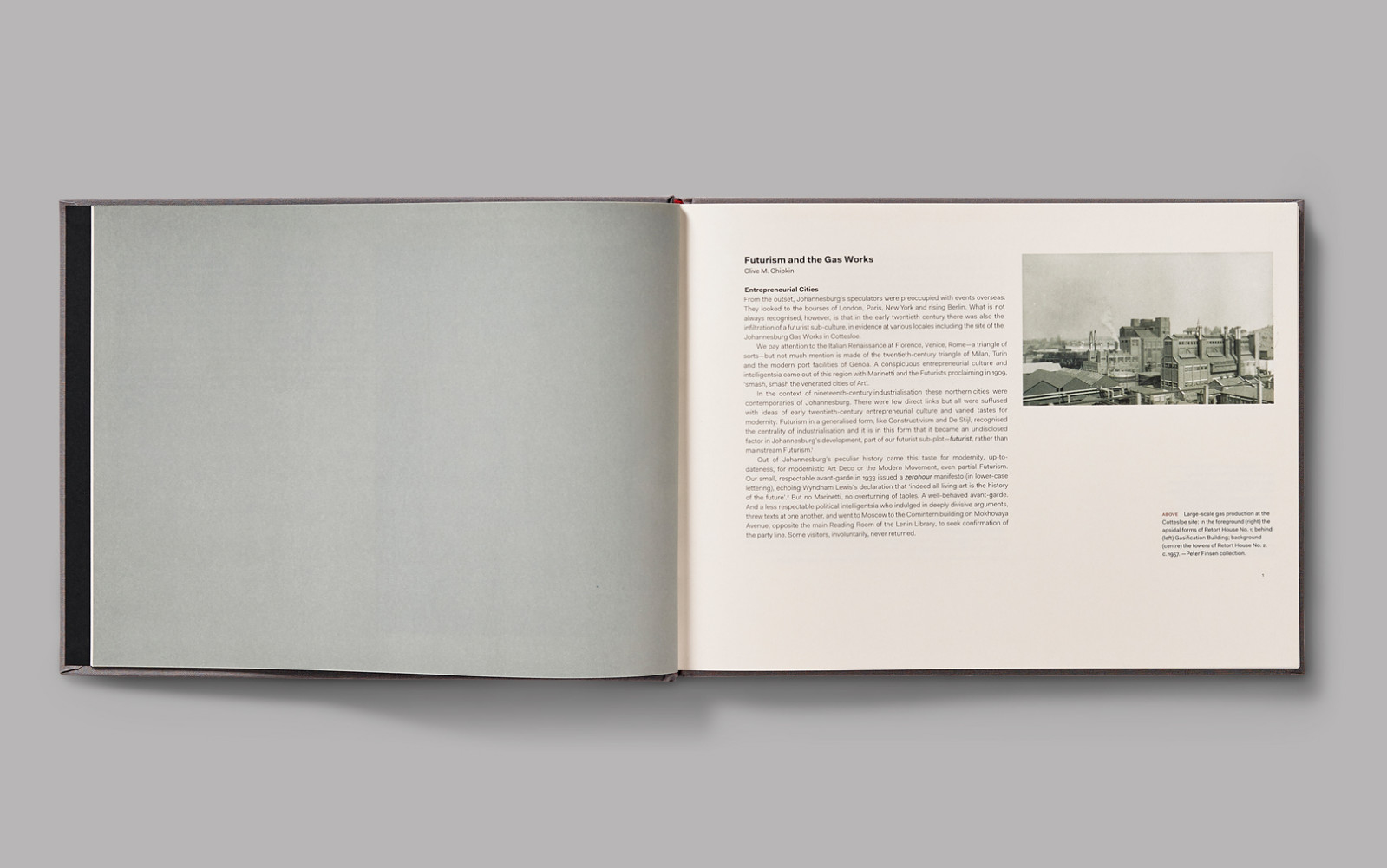 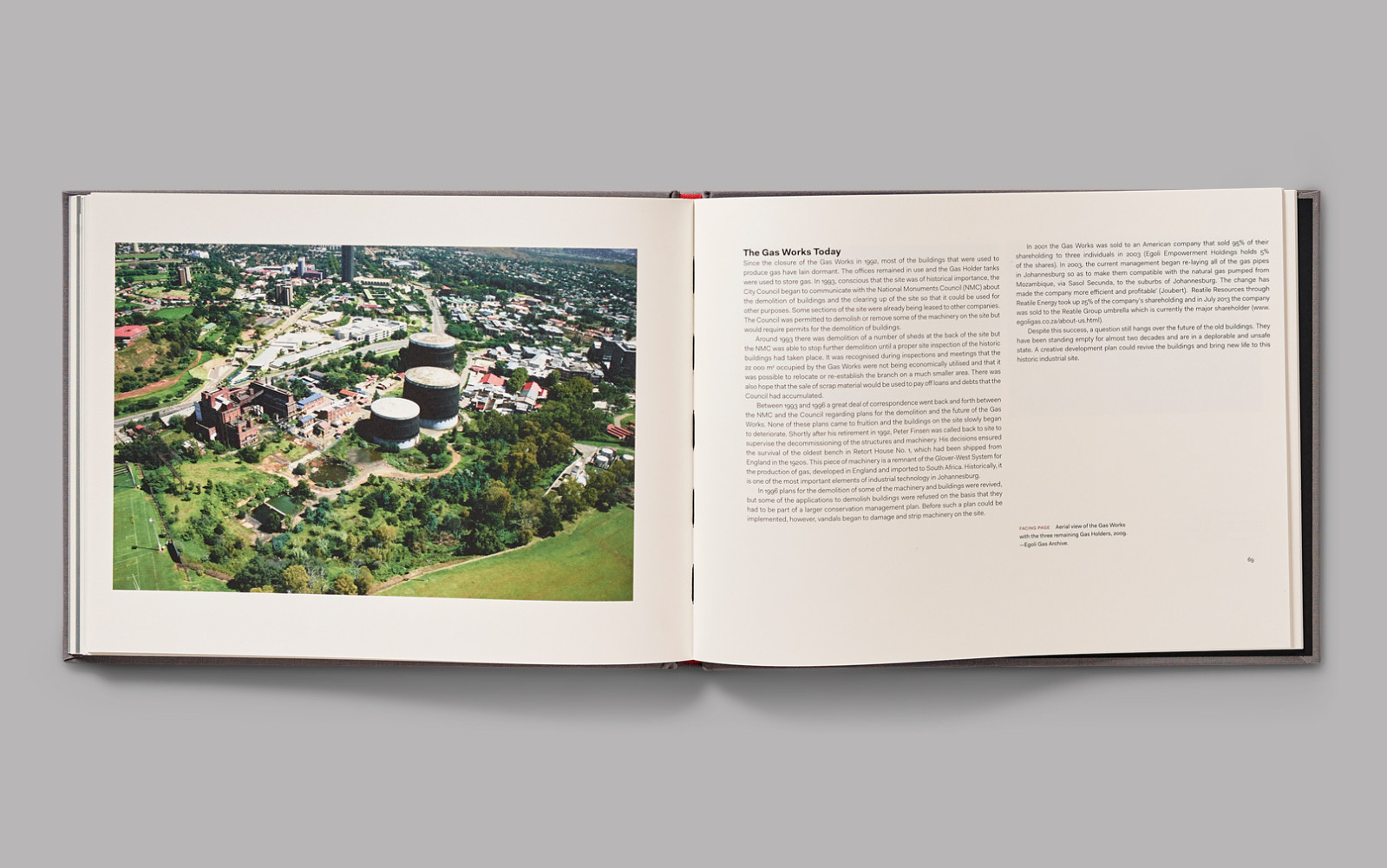 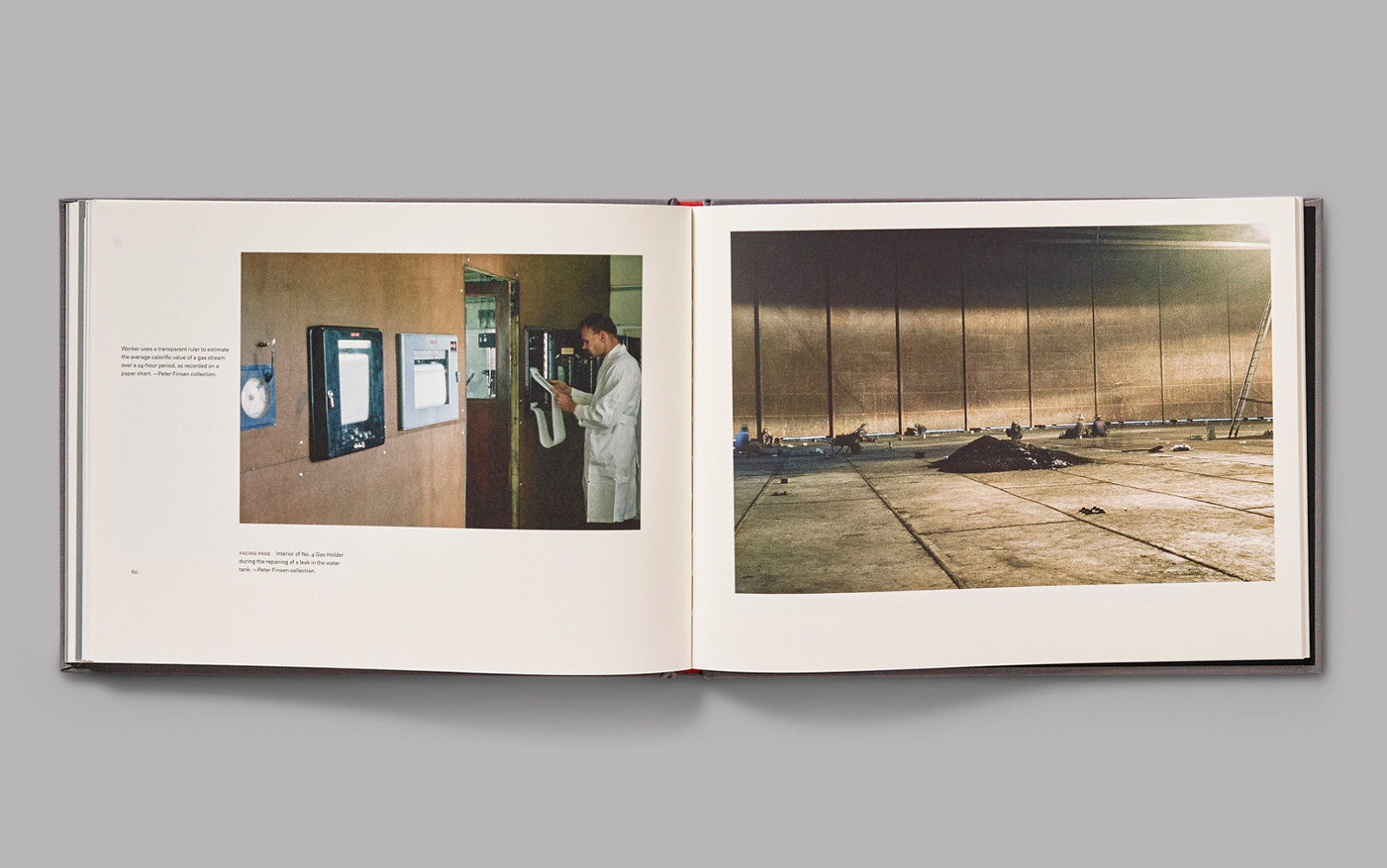 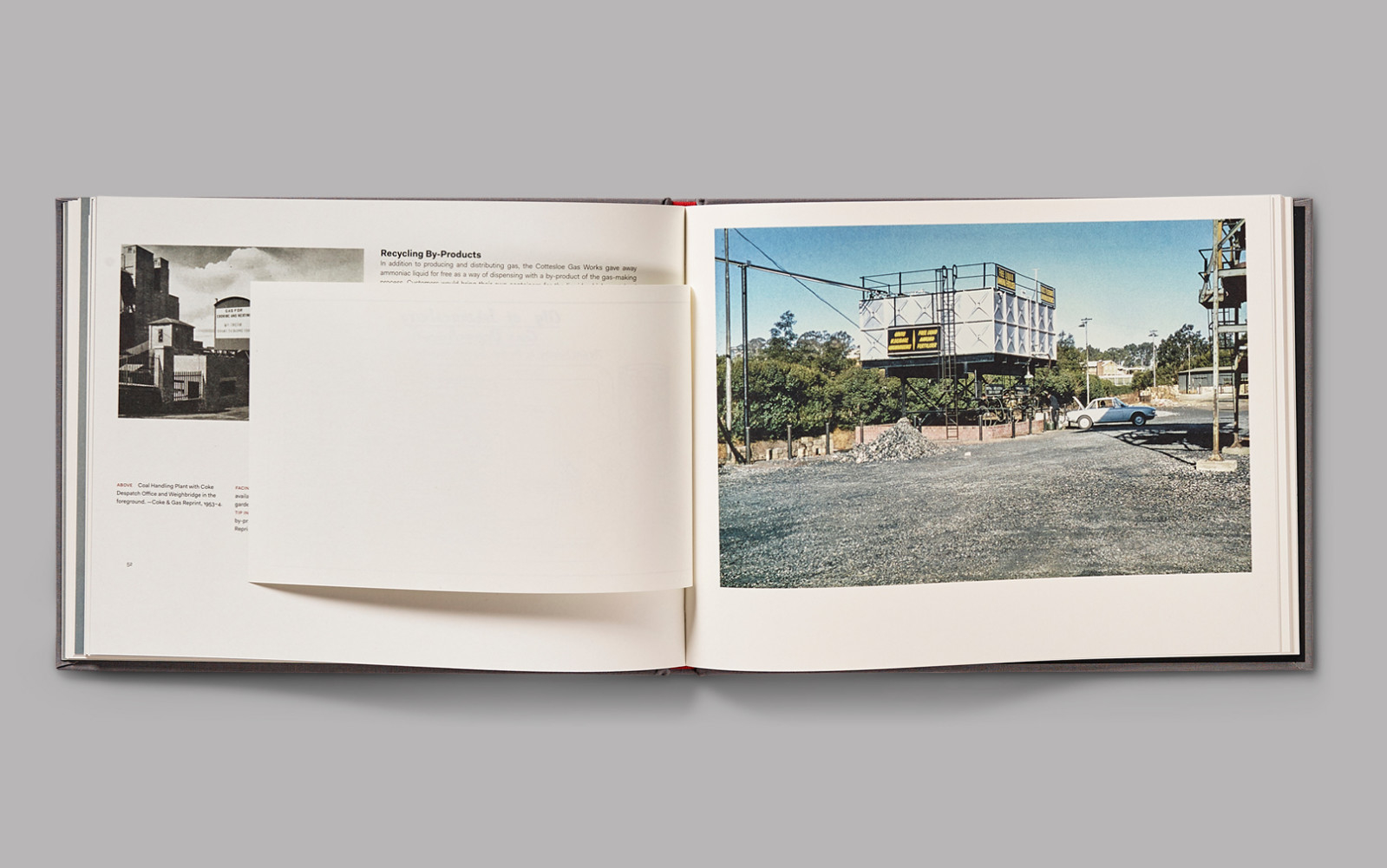 The Johannesburg Gas Works (now Egoli Gas) is a familiar and spectacular industrial landmark in the city. Its dramatic holding towers and red-brick futurist factories are close to the campuses of two universities and within site of the Brixton Tower and the buildings of the SABC. Manufacturing at the site came to an end two decades ago and now gas is piped into the towers and from there into the surrounding neighbourhoods for business and residential use. In recent years, the Gas Works has attracted interest from architects, students, historians and the general public but its now-derelict buildings remain a mystery to most.

This new book, the first comprehensive publication on the significant site, tells the story of the Gas Works and the manufacture of gas in Johannesburg, beginning in 1927. It includes essays by Clive Chipkin and Alex Opper that explore the architectural importance of the incredible buildings, the story of gas production in Johannesburg, the role of gas workers in the industrial development of the city, and the possible future prospects for the site. Maps, drawings and photographs take the reader into the heart of the factory as it was decades ago and as it is today. The Johannesburg Gas Works is an important contribution to the industrial and architectural history of the city.

Monika Läuferts le Roux and Judith Mavunganidze founded their company, tsica heritage consultants, in 2008. They have worked in Johannesburg doing heritage and architectural surveys, heritage impact assessments and historical reports. Their main focus and interest over the years has been in industrial heritage. They have published on the topic and have plans to establish an industrial heritage route and museum in Johannesburg. They have been appointed the heritage consultants for the City of Johannesburg’s Corridors of Freedom development project.