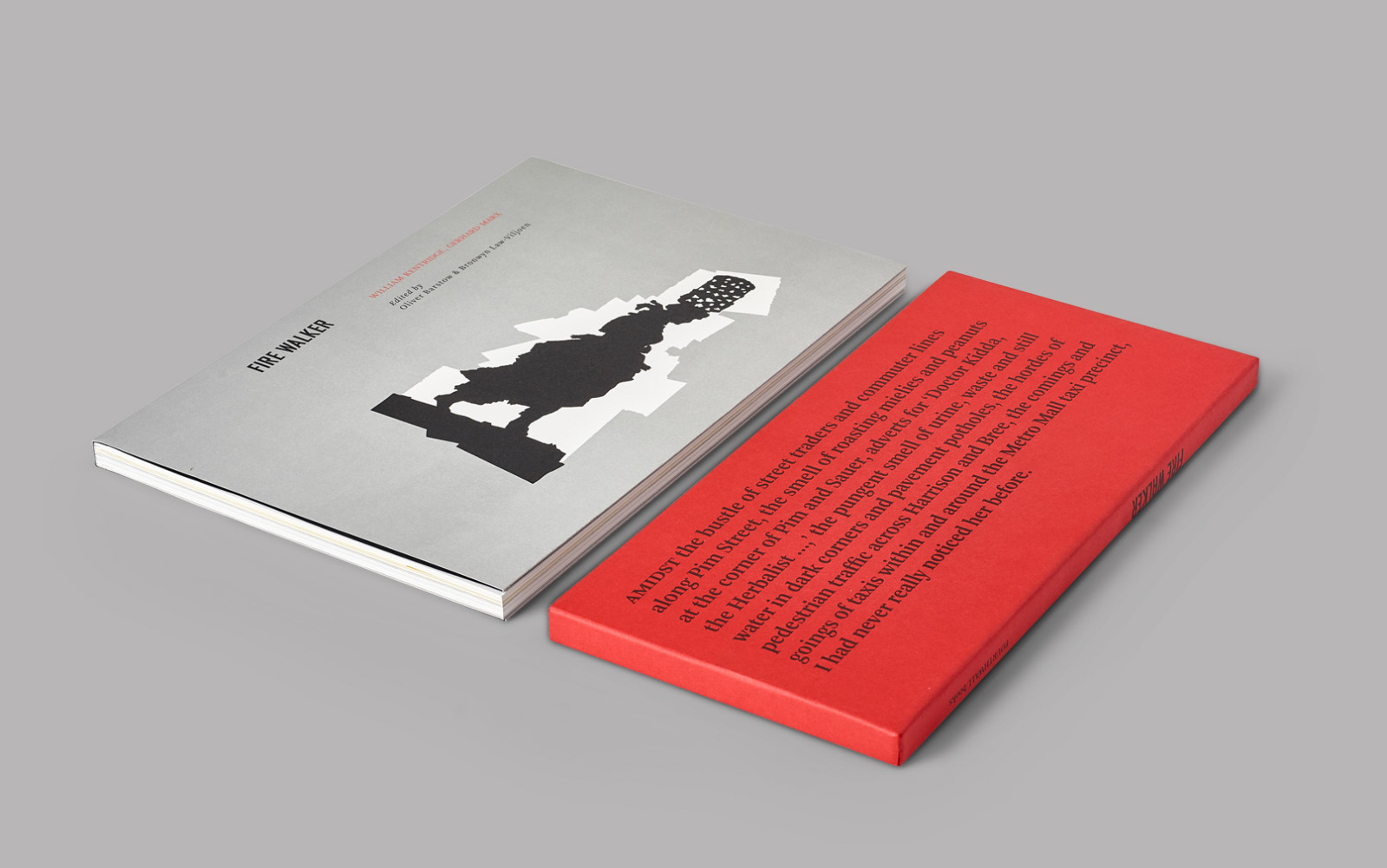 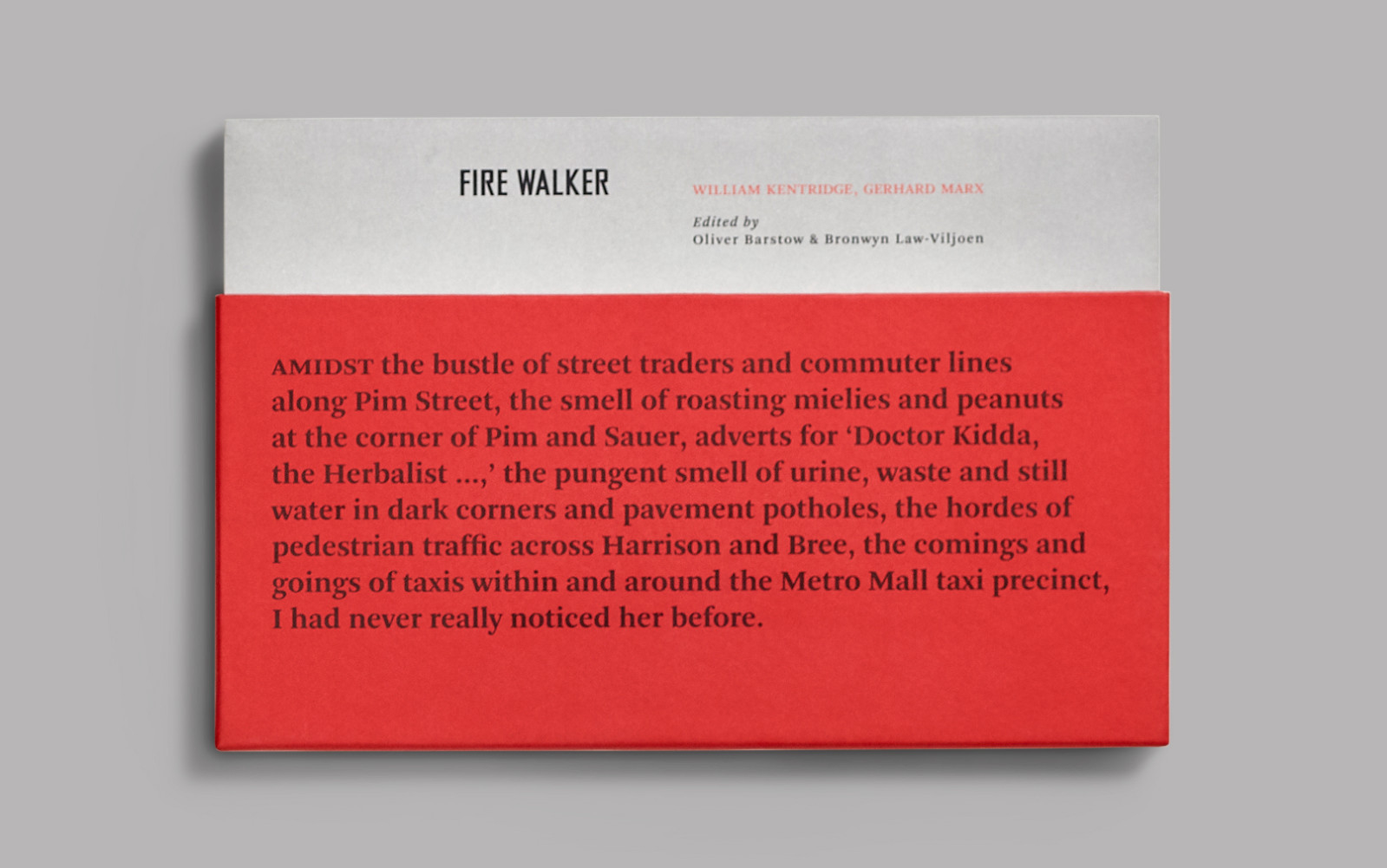 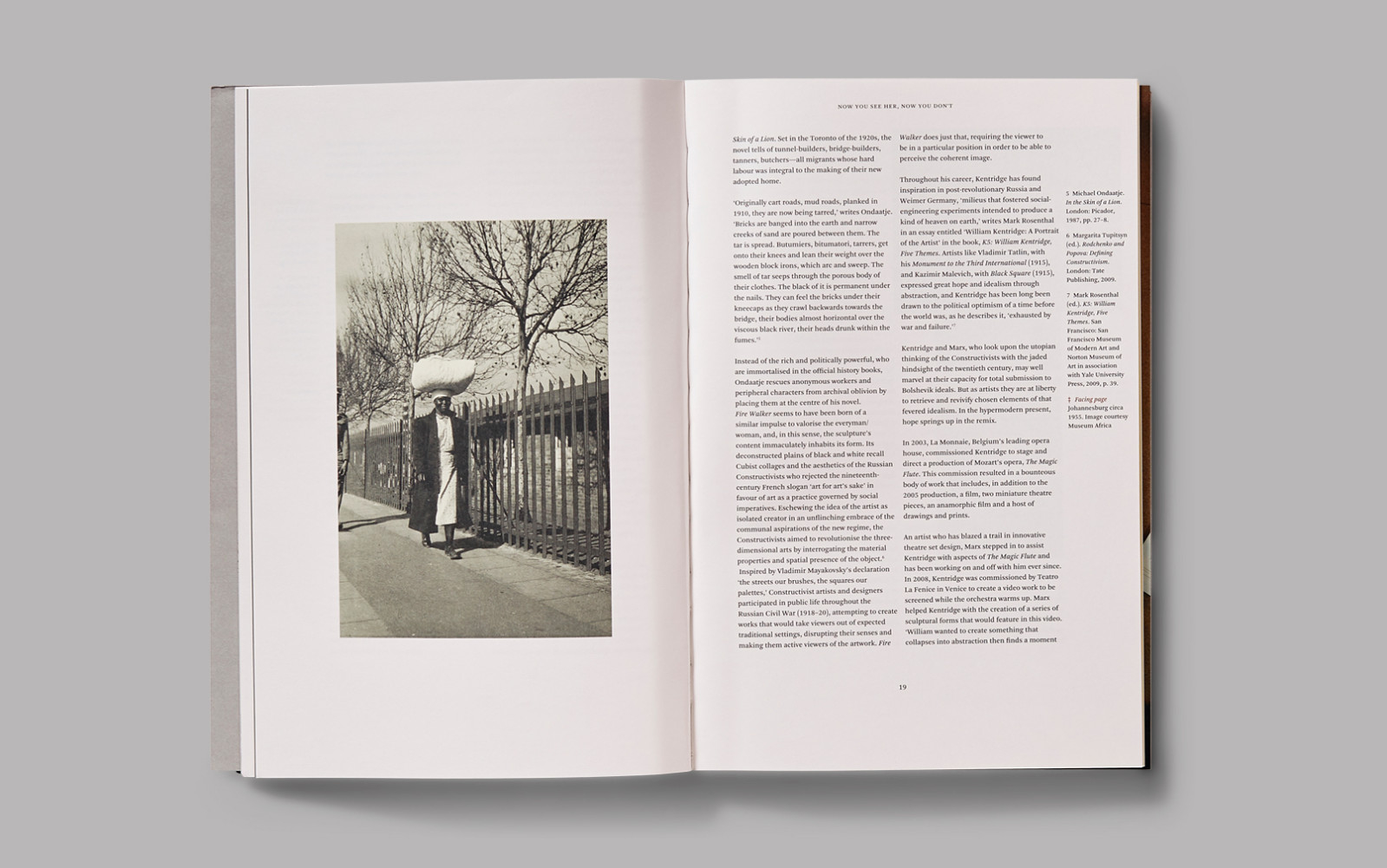 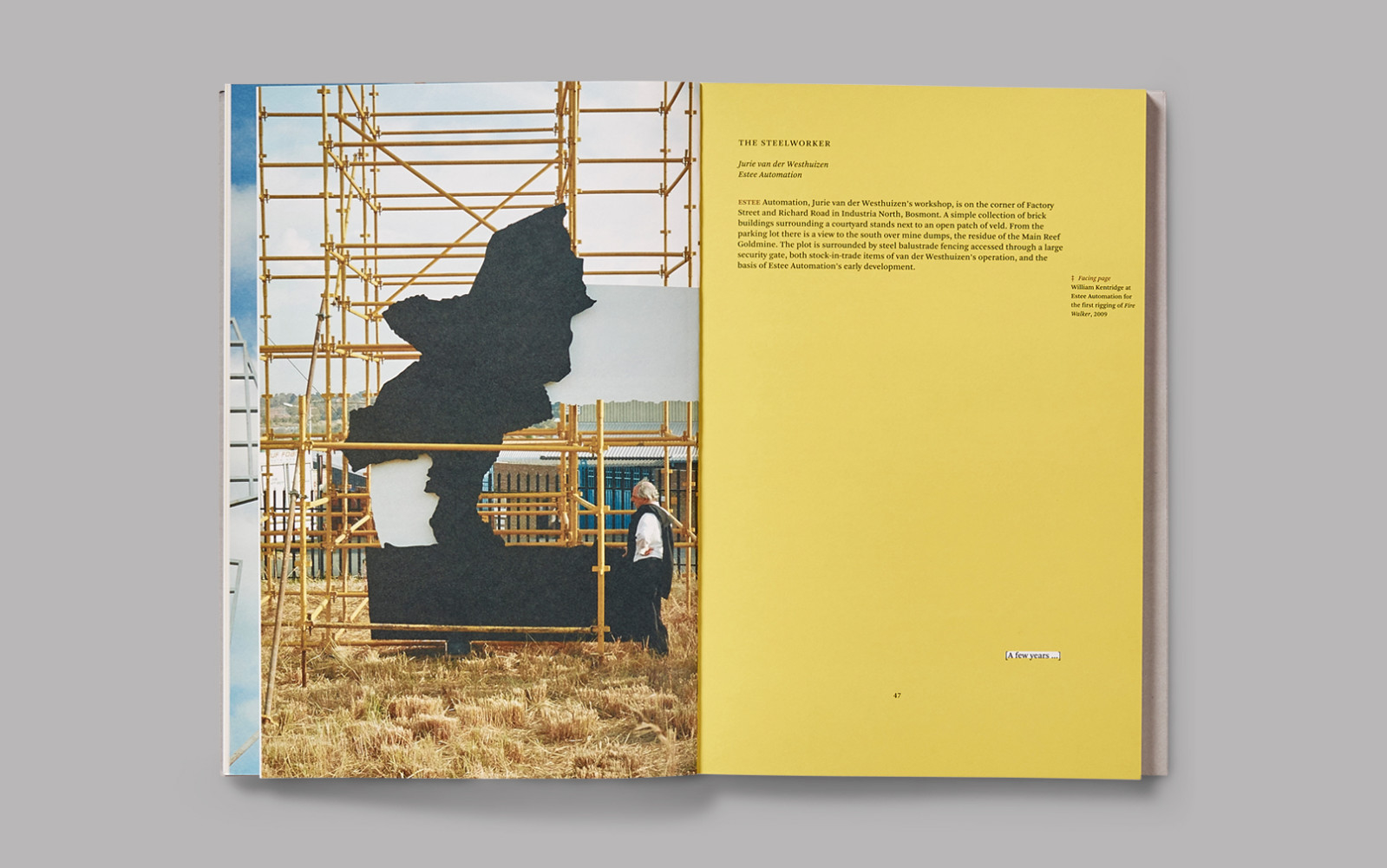 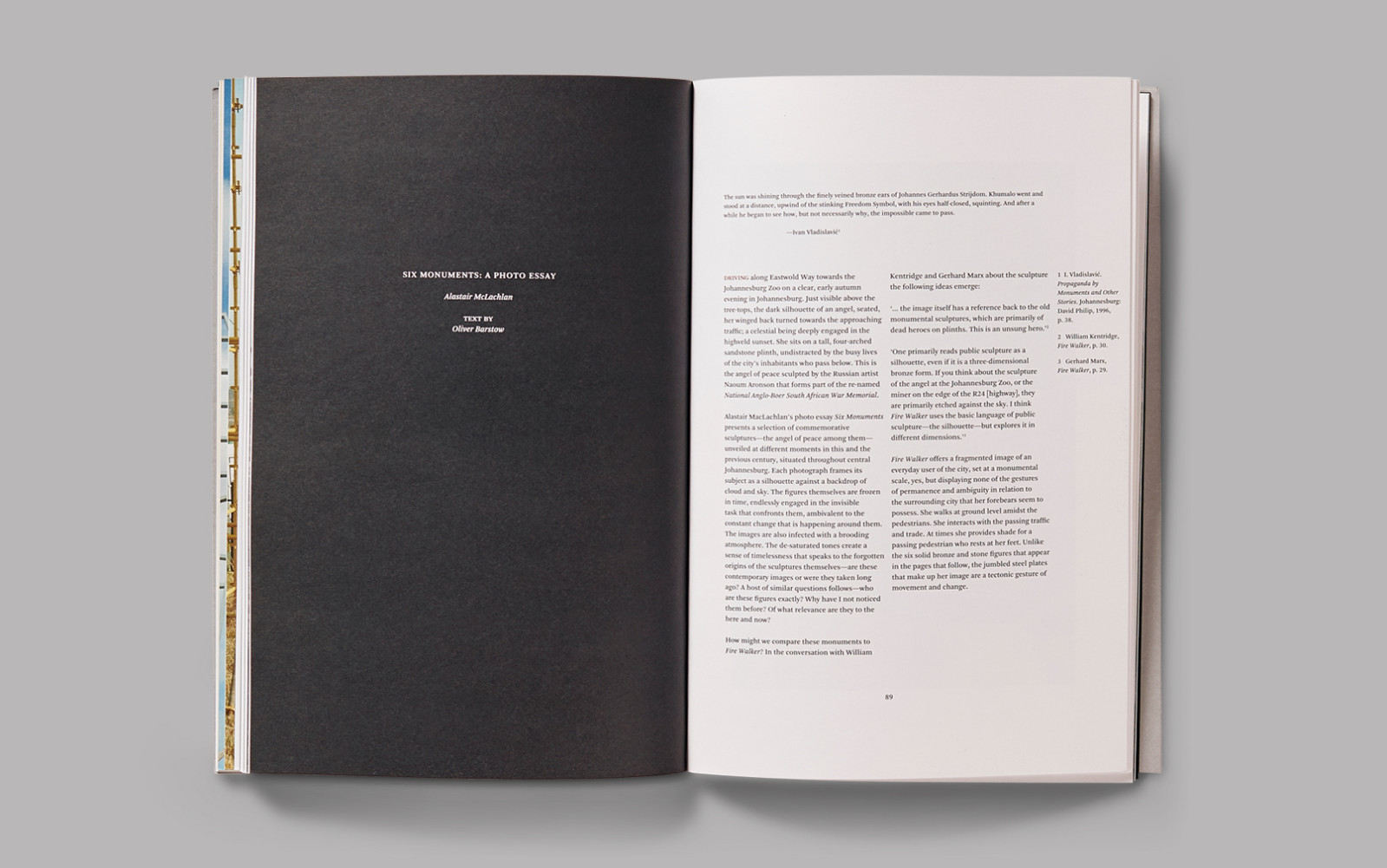 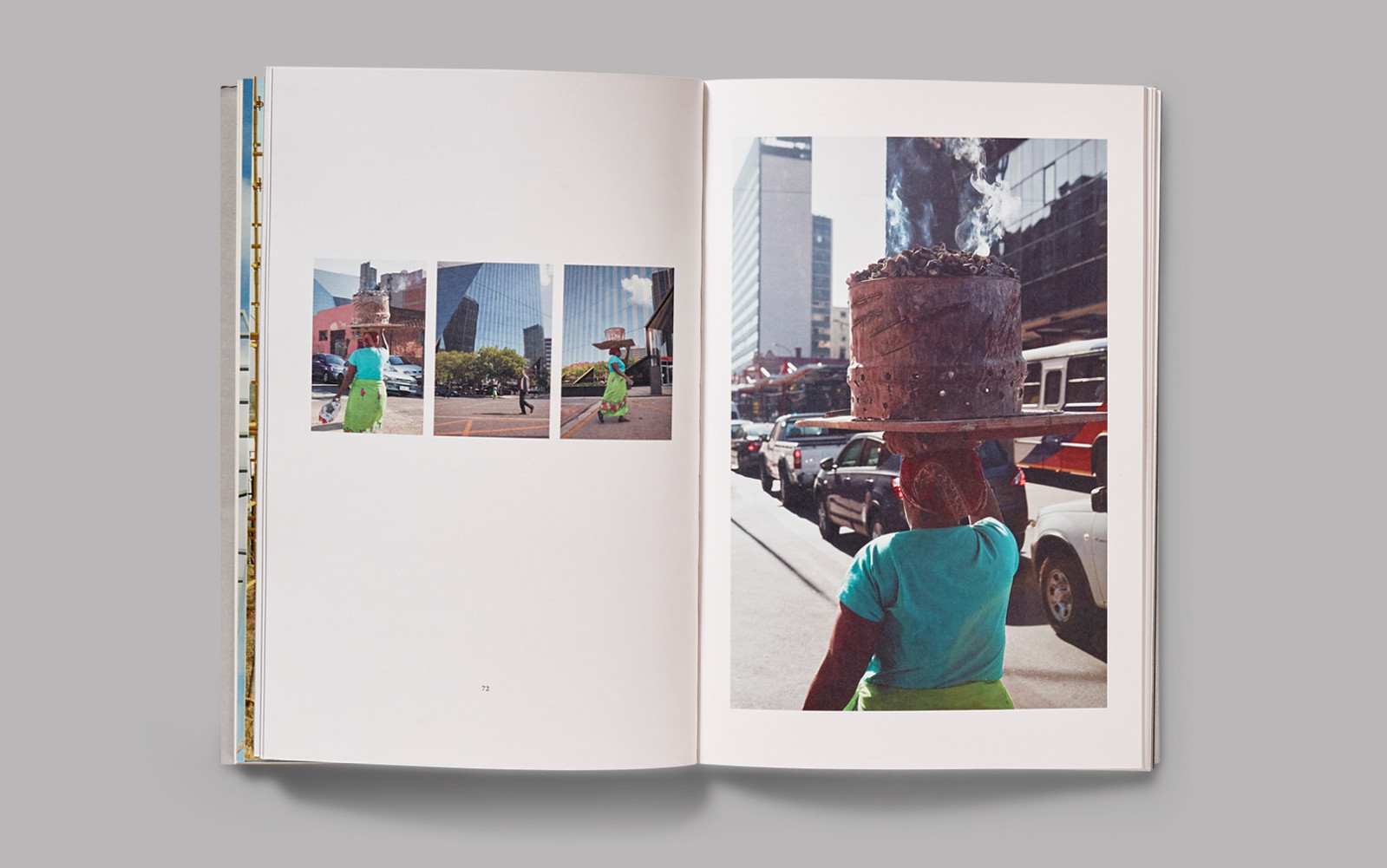 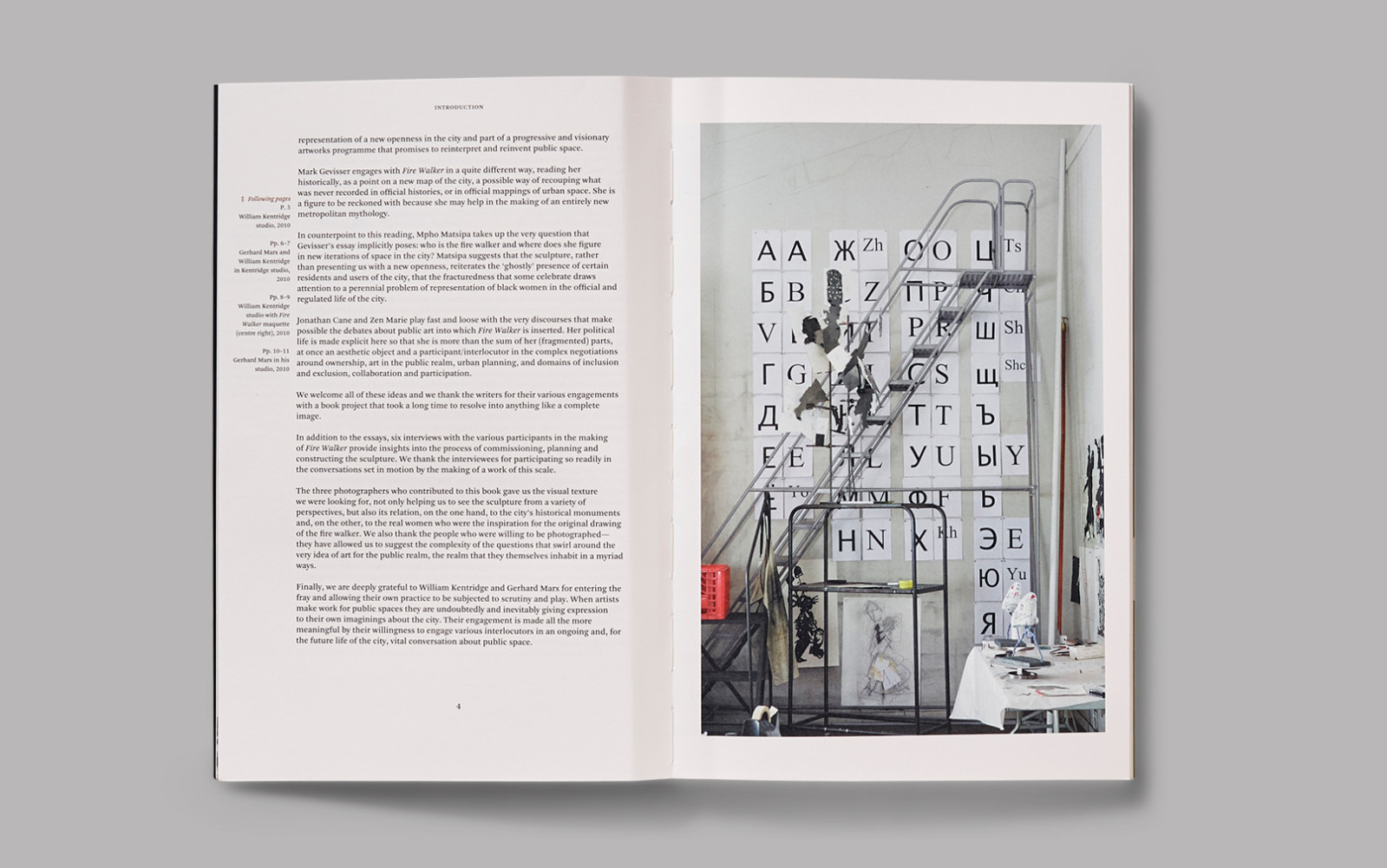 In 2009, William Kentridge and Gerhard Marx were commissioned to make a public sculpture for the City of Johannesburg to be installed in time for the 2010 Soccer World Cup. The sculpture is based on a drawing by Kentridge of a woman street vendor—known colloquially as a fire walker—carrying a burning brazier on her head. The eleven-metre-high figure would take her place at the foot of the Queen Elizabeth Bridge on a site formerly used by informal traders and taxi washers, and close to the busy Metro Mall and Taxi Rank.

Eschewing the bronze monumentalism of traditional public sculpture, Kentridge and Marx devised a figure made up of steel plates that resolves into a coherent image from one vantage point only. A pedestrian passing the sculpture has only a momentary view of the striding woman before the sculpture ‘fragments’ into its constituent black and white parts. Fire Walker represents not a grand public office-bearer, but an ordinary citizen whose survival depends on her ability to negotiate often-contested urban terrain.

Far more than being about a single artwork, this book participates in the myriad conversations and debates on the meaning of public art. The essays prise open critical questions about public space in Johannesburg; Oliver Barstow’s interviews with the various collaborators on the sculpture reveal the complexities and challenges of creating such a massive work in so short a time; and the images by John Hodgkiss of the making of the sculpture, alongside two photo essays suggest the metaphorical power of Fire Walker as well as the fragile hold of street vendors over their small share of city space.