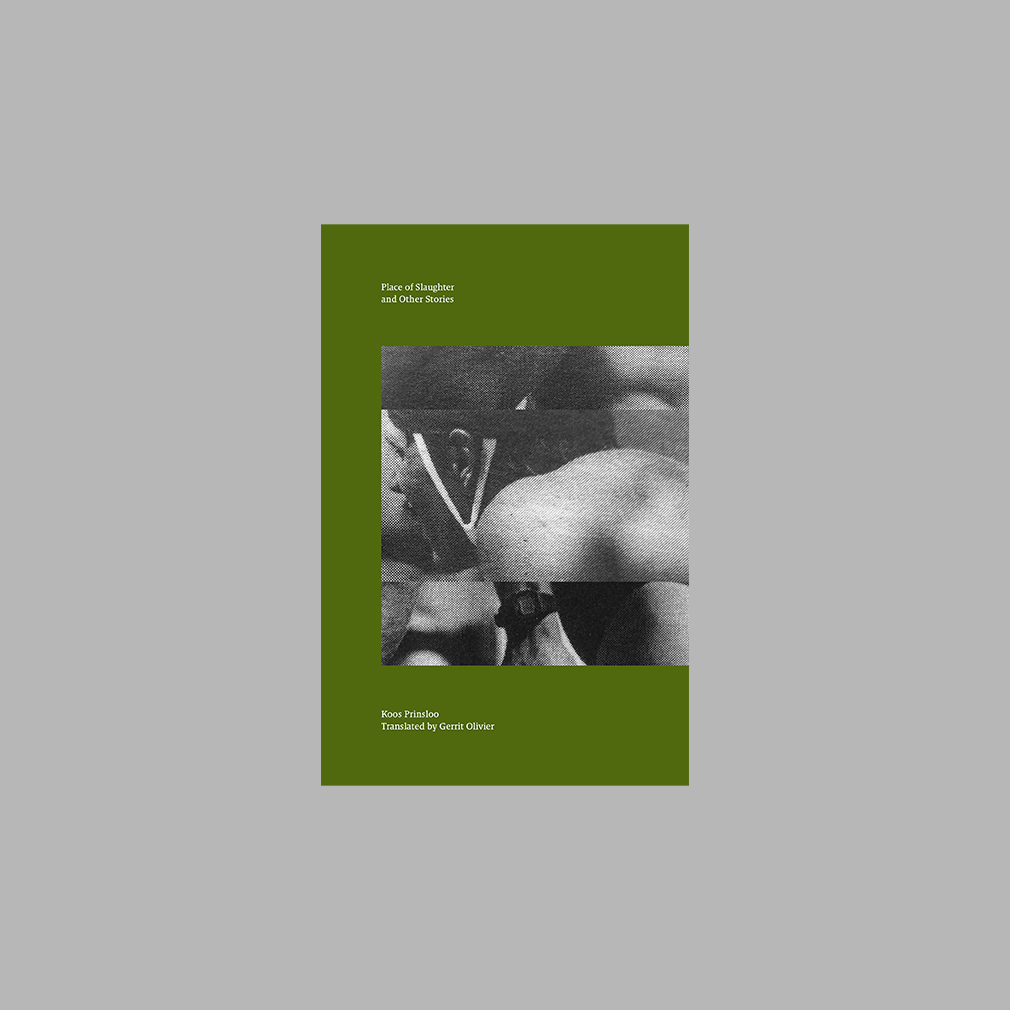 Place of Slaughter and Other Stories 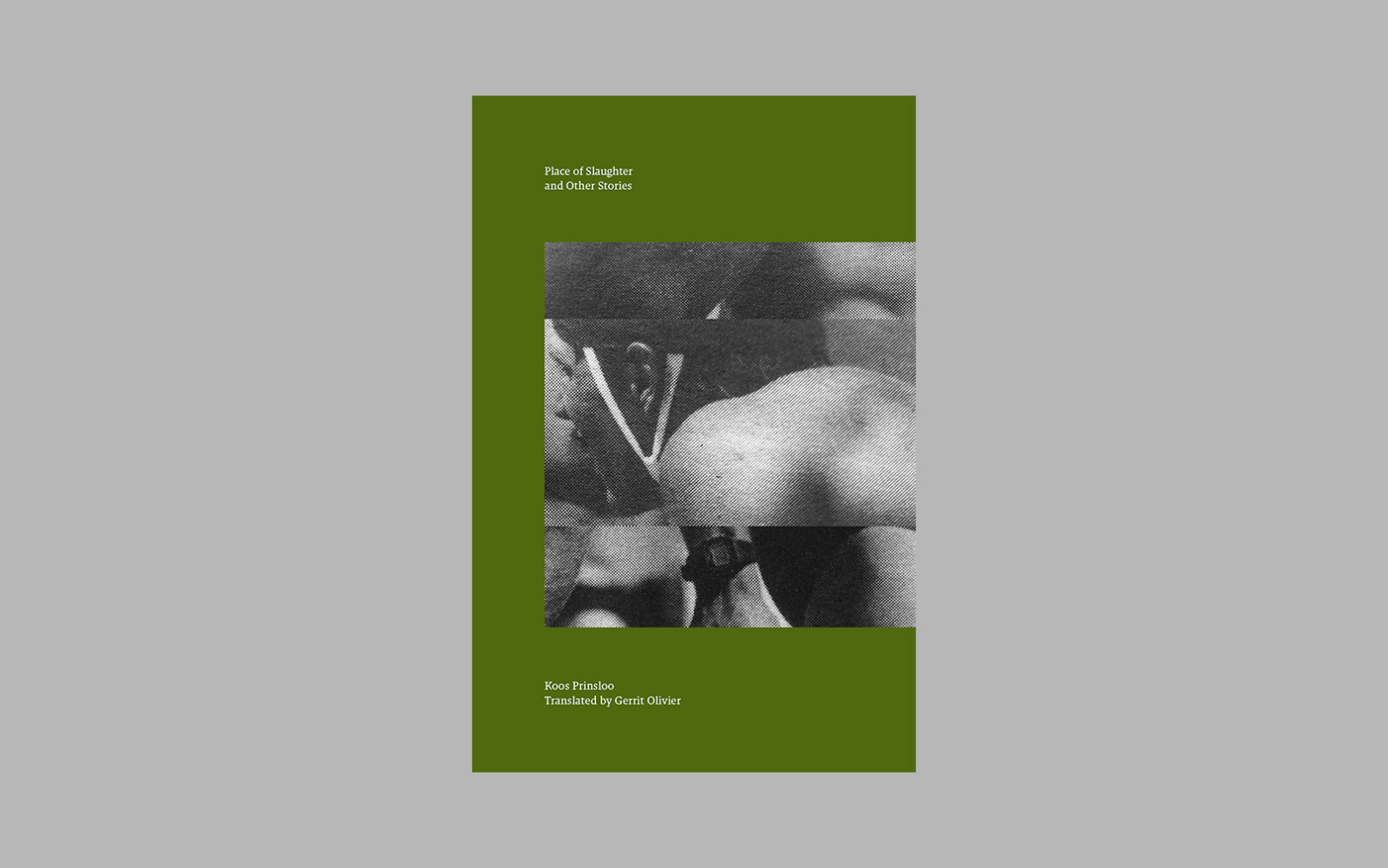 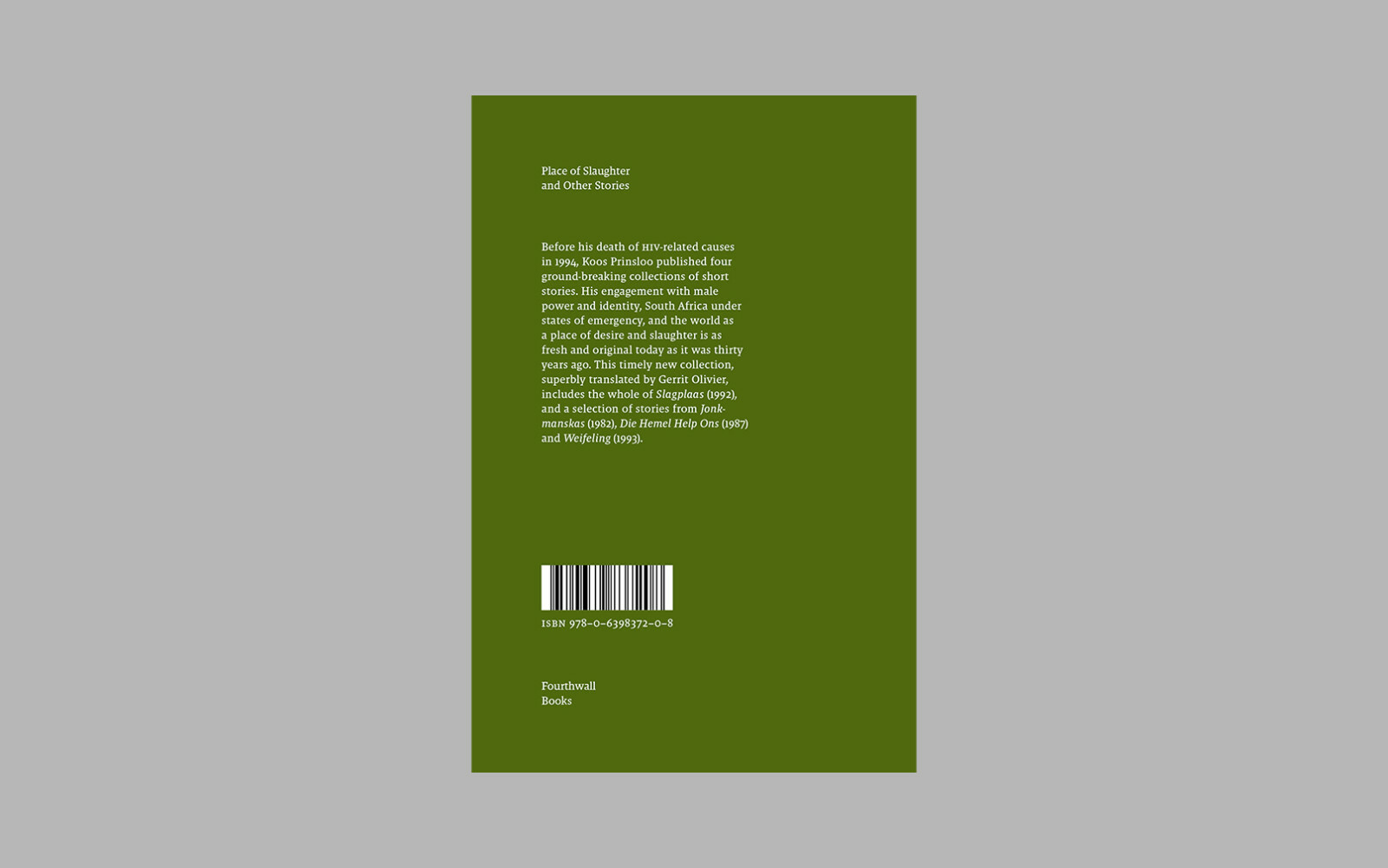 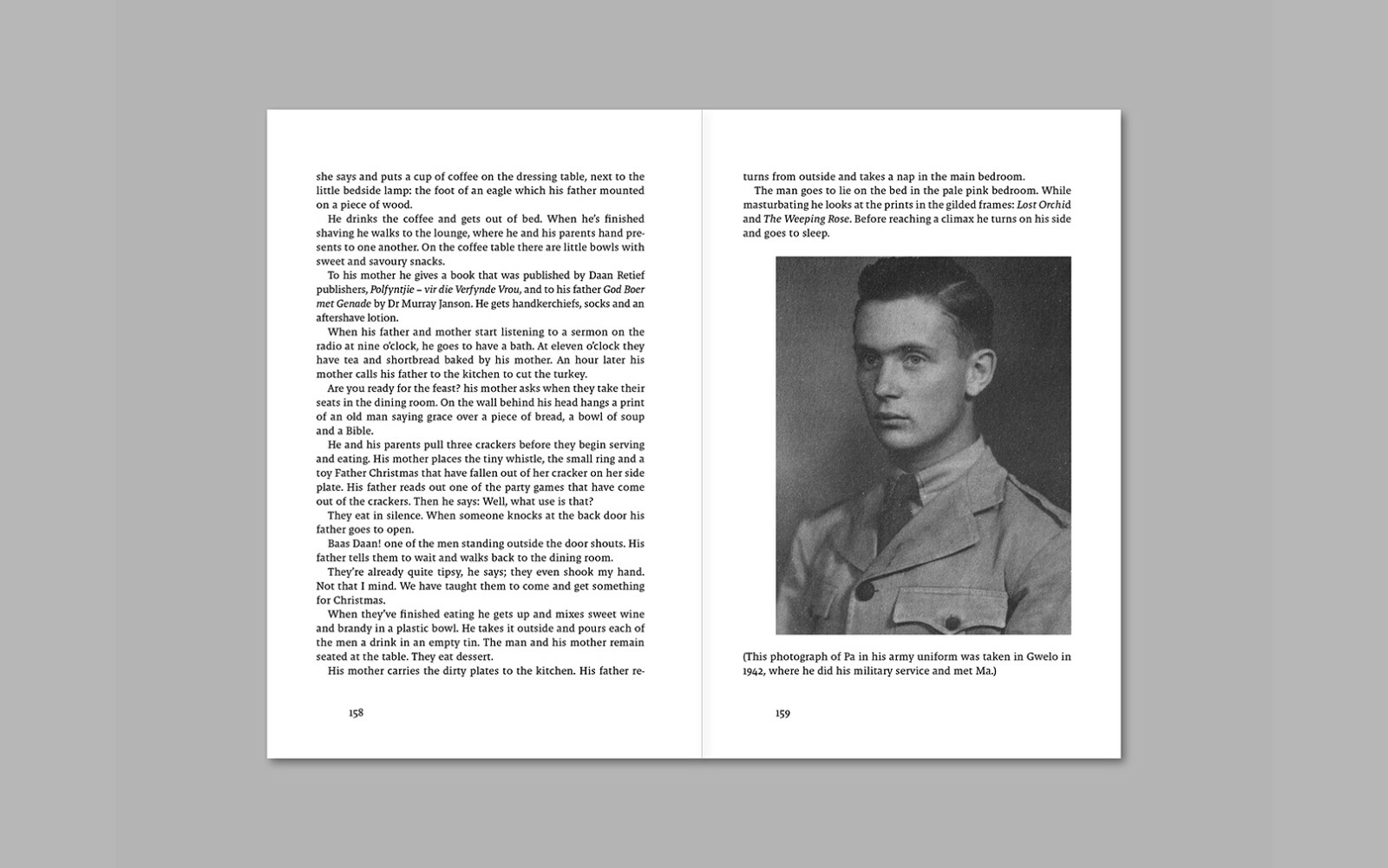 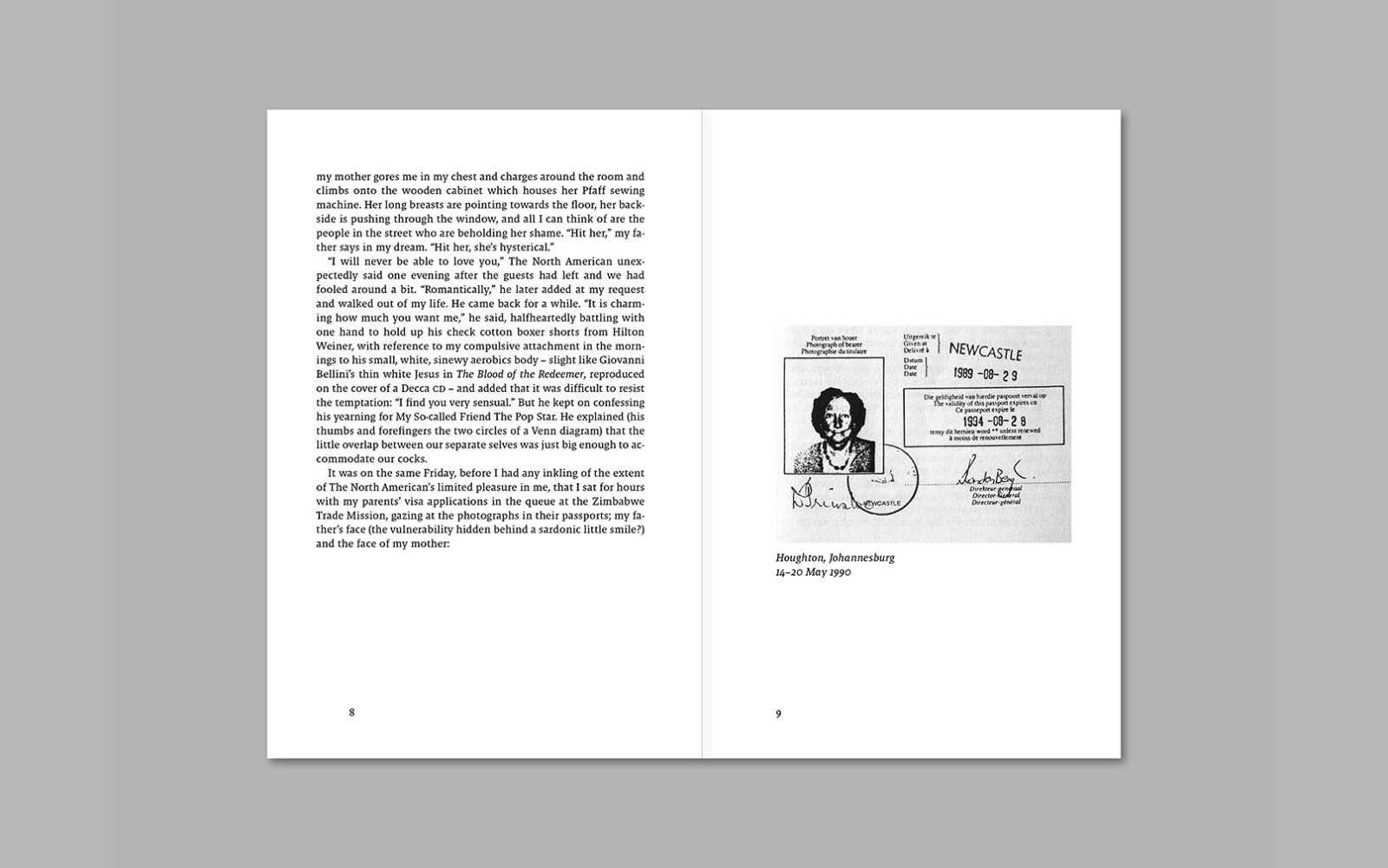 Fourthwall Books is pleased to announce the forthcoming publication of a new translation of the stories of Koos Prinsloo. Gerrit Olivier offers a superb interpretation of Prinsloo’s explosive and ground-breaking collection Slagplaas (Human and Rousseau, 1992), along with selected stories from the collections Jonkmanskas (Tafelberg, 1982), Die Hemel Help Ons (Taurus, 1987) and Weifeling (Hond, 1993). His translation demonstrates that Prinsloo’s engagement with male power and identity, South Africa under states of emergency and the world as a place of desire and slaughter is as fresh and original today as it was thirty years ago.

Koos Prinsloo was born in Kenya in 1957 and came to South Africa as a boy with his family. He studied at the University of Pretoria and became a journalist for several newspapers in Johannesburg. Jonkmanskas, his debut as a short story writer in 1982, was followed by three more collections exploring male power and sexuality, violence and the turmoil of South Africa under a repressive regime. He died of HIV-related causes in 1994.

Gerrit Olivier has had a career as a columnist and publisher, an academic and Dean of Humanities at the University of the Witwatersrand. He has taught in the Wits Department of Creative Writing for several years. His book Aantekeninge by Koos Prinsloo (African Sun Media, 2008) is a comprehensive treatment of Prinsloo’s short stories.